The Arizona Game and Fish Department is asking for the public’s help in finding the individual or individuals responsible for the illegal killing of a Rocky Mountain bighorn ram in the Black River area, west of Alpine, during the July 4 weekend.

The wild sheep was illegally shot and killed in Game Management Unit 1 in eastern Arizona, adjacent to Forest Road 249. 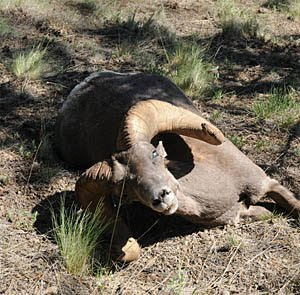 “This mature ram was commonly seen, photographed and enjoyed by many visitors to the area,” says Tyler Richins, wildlife manager in Unit 1. “It was needlessly killed and left to waste with nothing removed from the carcass.”

“This isn’t the action of a hunter,” says Richins. “This is a criminal act of stealing wildlife assets and resources from the people of Arizona.”

This crime is further compounded by the fact that this ram was part of the Black River bighorn herd, which, although having a stable population, has not been increasing in number for the last several years.

“Removing this older age-class ram from the population may influence the department’s recommendations for future bighorn sheep hunting permits in this area. Bighorn sheep permits are highly sought after by sportsmen, who are a primary funding source for wildlife conservation,” notes Richins.

The department received more than 300 applications for the single permit that was authorized in this area last spring.

The department’s Operation Game Thief Program is offering a reward of up to $4,000 for information leading to the arrest of the subject or subjects who committed this crime. The Arizona Desert Bighorn Sheep Society and Arizona Bowhunters Association are each offering an additional reward of up to $1,000 for a criminal conviction in this case.  To report information on this incident, or any wildlife law violation, call the department’s Operation Game Thief hotline toll-free at (800) 352-0700, or report online at www.azgfd.gov/thief. Caller identities may remain confidential upon request.

We as hunters and conservationists need to keep a sharp eye out for the dirtbags that are doing this kind of thing and help bring them to justice.  This gives hunters a bad rap in the eye of the general public because they think that hunters are the people doing this when in fact they are not hunters, but pieces of trash.
Posted by Clay Goldman at 10:34 AM No comments:

I just returned a few days ago from trip to Montana. My friend Gary has a place on Noxon Reservoir in western Montana and I went to see it. There is water everywhere and everything is super green. We saw sheep, deer, and bear from the road. 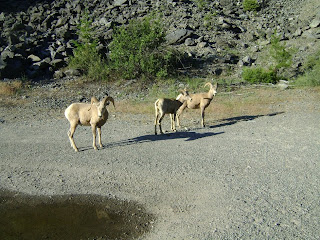 Gary built a very nice home on 15 acres with part of it bordering a finger of the lake.  It was only a short walk to go fishing. 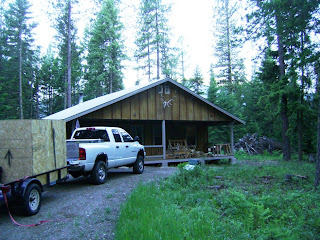 We also visited the Boone and Crockett Club's headquarters in Missoula, Montana.  They had a display that included many of the current world records of each species. 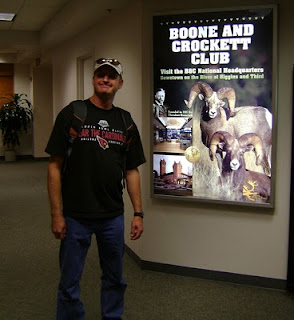 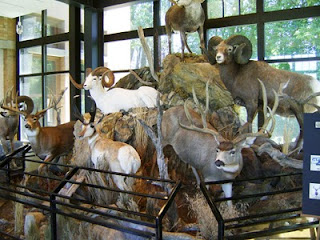 We also visited a place that has these giant cedar trees.  The two in the photo aren't even the largest that we saw.  It was a great trip, but now back to the daily grind which I was reminded of when I got off the plane in Mesa and it was 108 degrees.  Let's hope the Arizona monsoons get in full gear soon. 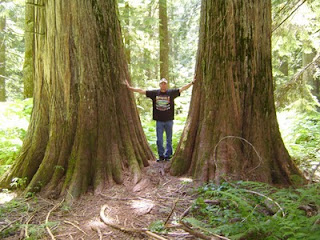 Posted by Clay Goldman at 5:39 PM No comments: