Here is a great buck that Hunter Haynes took a couple of days ago.  Hunter glassed this buck up bedded and snuck into 60 yards and had to wait him out for three hours.  The buck finally got out of his bed and hunter made the shot count. 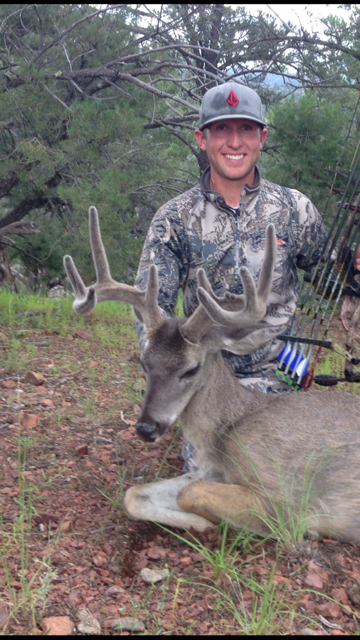 Posted by Clay Goldman at 7:34 PM No comments:

Here is a great desert ram taken last year by Ernie Meeske.  Ernie has been applying for many years to draw this tag and he made the most of it.  He made several scouting trips and looked at several super rams.  Ernie had his son Seth, son-in-law Jeremy, and friends Jay Scott, Jack Johnson Jr., Jack Johnson Sr. and some others along to help.  You can see a video of the kill at Jayscottoutdoors.  Ernie watched the ram for several hours until he moved into a position for a shot.  He was afraid the ram would go over a cliff into the lake.  It did end up going over a cliff, but due to waiting him out, it didn't end up in the water (It did end up in a cactus patch).  Enjoy the photos of Ernie's sheep mount. Click on the photos to enlarge. 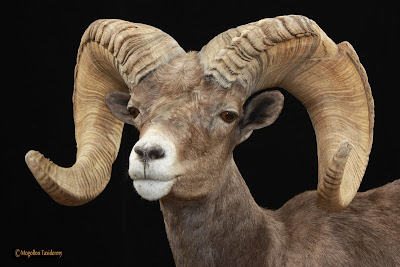 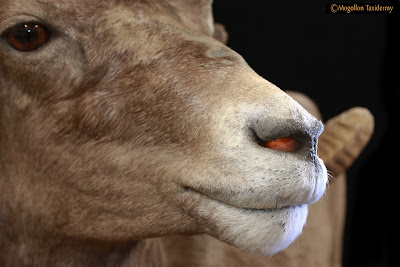 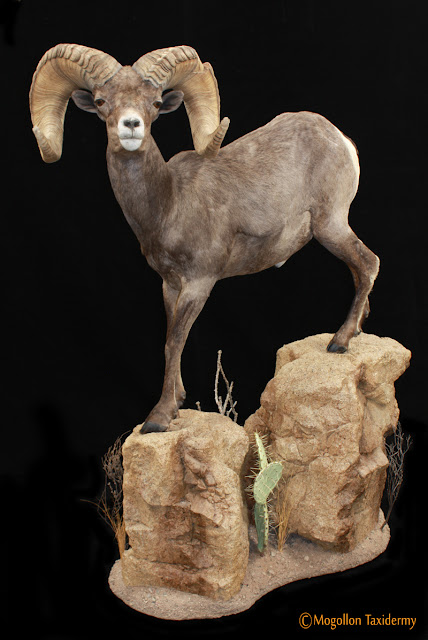 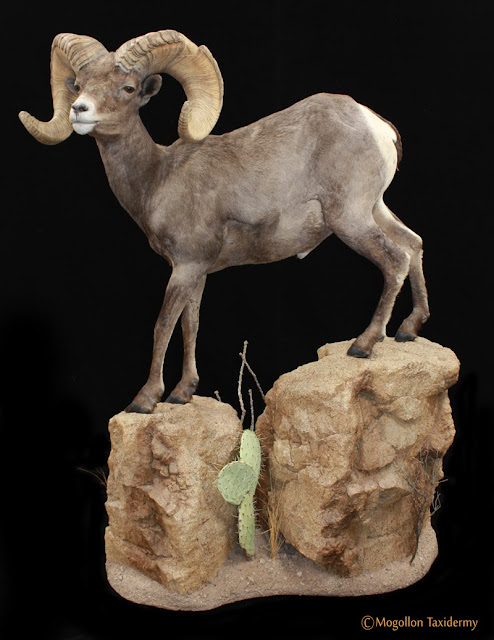 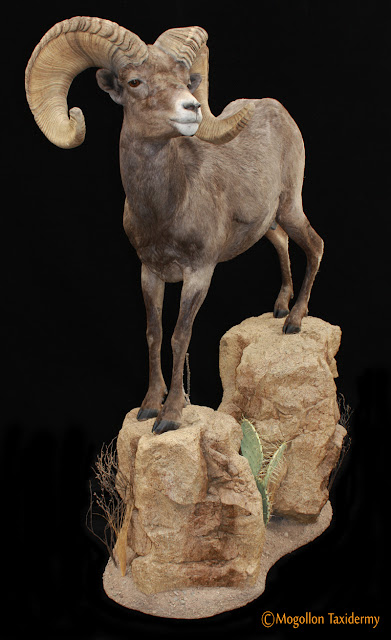 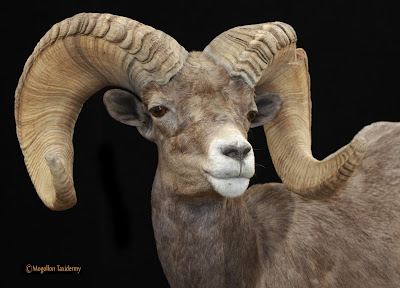 Posted by Clay Goldman at 1:09 PM No comments:

Here is a nice buck killed by Susi E. last year in central AZ.  This was Susi's first buck and it is a great mule deer for this part of the state.  Also, the little javelina was from a herd at the Tonto Natural Bridge State Park and it ended up dying on the grounds there.  The staff wanted to display it in the visitor's center, so we mounted it and donated it to them.  There are no forms made for a javelina this small, so using the carcass as reference we carved a form specifically for the little pig. 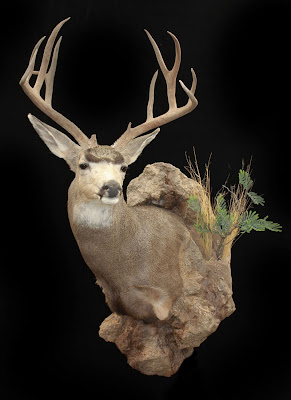 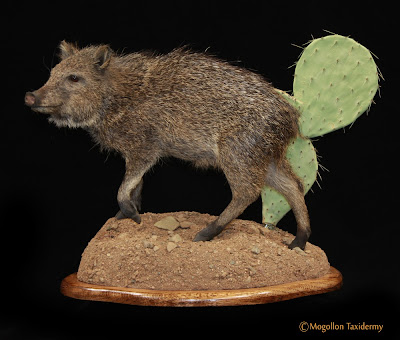 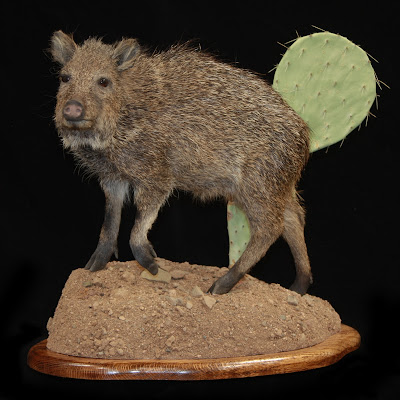 Posted by Clay Goldman at 5:18 PM No comments:

Here is an inland  Alaska Grizzly bear from north of the Arctic Circle that we recently finished.  The bear and one of the Dall sheep were taken by Brian R. and the other Dall was taken by his brother Chad R.  Brian and Chad have a brother who lives in Alaska so they get some great opportunities to hunt up there.  Brian has a Brown bear hunt planned for this fall and it sounds like an insane adventure.  Stay tuned and hopefully we will have some good photos of that hunt later on. 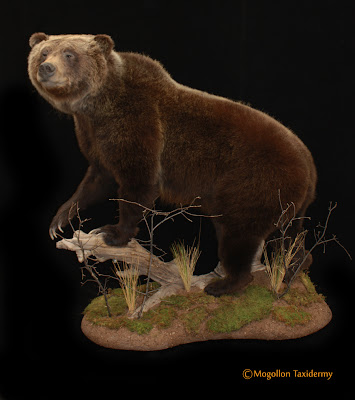 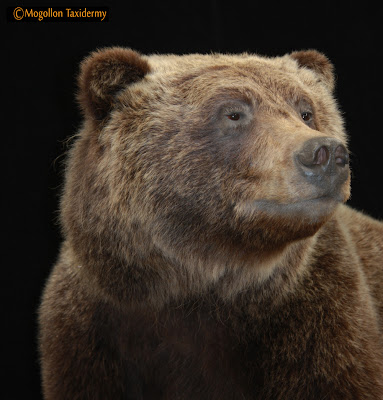 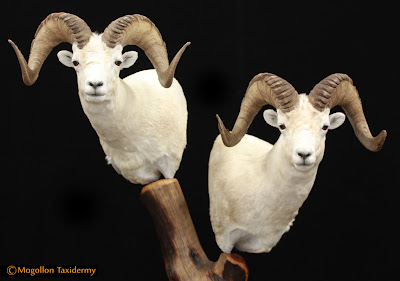 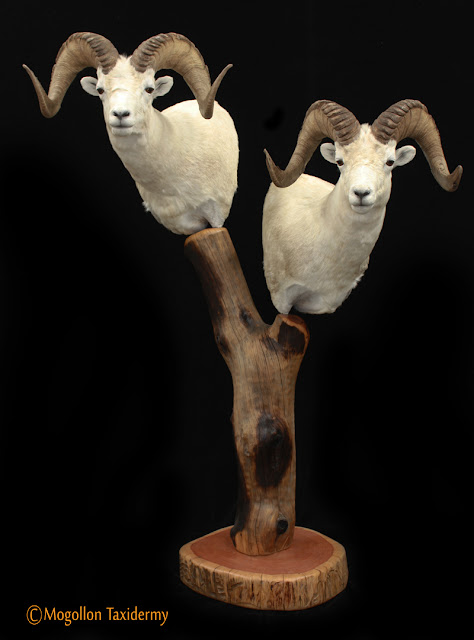 Posted by Clay Goldman at 5:05 PM No comments: