Here are a couple of photos of our friend Larry Smith from Kansas with his coues deer he harvested in Mexico a couple of weeks ago.  Larry was part of our group that went down and he was lucky enough to take this buck which is one of three our group harvested with 4 points plus eyeguards.  Larry had Hunter Haynes with him spotting and also was lucky enough to have Hunter pack his buck out.  Larry's buck gross scores just over 110" and is his first coues deer. 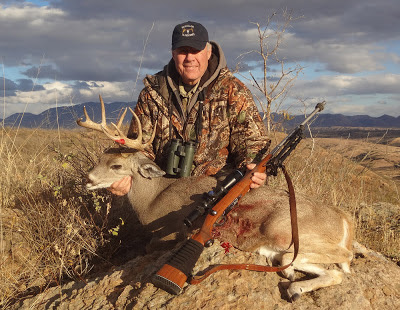 Here are a couple of photos of the buck that I harvested in Mexico last week.  I had seen this buck two days before and wasn't able to get close enough for a shot before he went over the mountain.  Two days later he was on the same face with his two does and I was able to close to 350 yards and make a clean kill.  Unfortunately, he took a long tumble down a steep slope and broke off both of his eyeguards.  We knew what his eyeguards were and with that estimate he grosses 111 7/8.  I will post photos in the coming days of some of the great bucks the other guys in our group harvested. 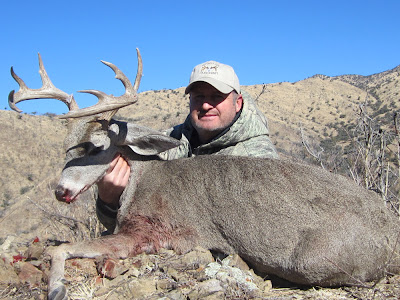 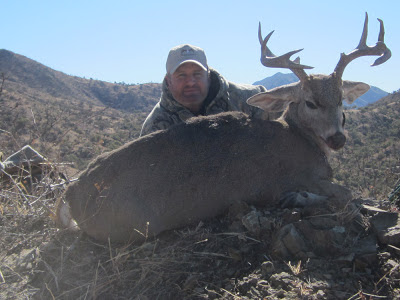 Here is a great ram taken by Jerry H. and guided by Matt Dominy of Kofa Outfitters.  This is the largest ram on record taken from 16A.  Jerry was lucky enough to harvest this 180" giant back in December.  We will post photos of this great ram mounted later this year. 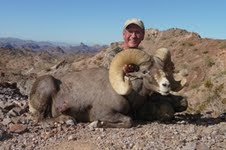 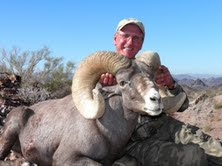 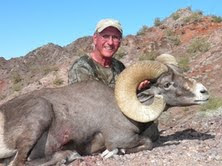 Posted by Clay Goldman at 4:01 PM No comments: